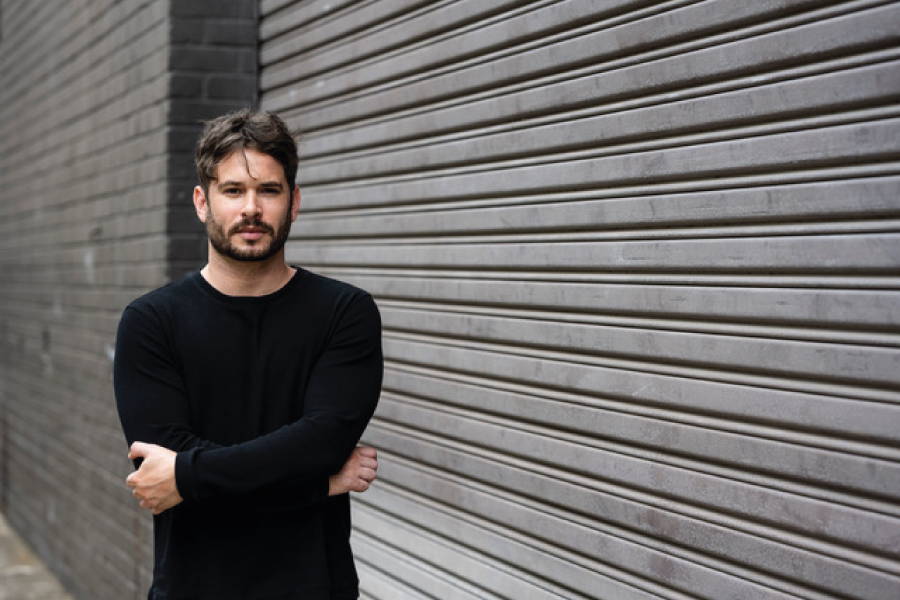 Did you always want to write a book set in the Greek Australian Cafe Scene?

Lucky’s was always the book that I was going to write. The dominant setting is what historians of immigration call the Greek-Australian Cafe and the extended Pippos family ran these types of cafes. The novel itself spans about 70 years and is mostly about the changing fortunes of a man nicknamed Lucky. It's also about the people whose lives in some meaningful way intersect with his.

Lucky is a Greek-American man who comes to live in Sydney after the second World War and establishes a chain of restaurants called Lucky’s. There’s also an English journalist called Emily, whose personal history is bound up with Lucky’s in a way she doesn’t yet understand. The novel comprises a number of different strands of narrative that intersect at Lucky’s - a cafe franchise founded by the main character of the novel.

What do you remember about the Greek Australian Cafe culture?

When I was a child and I visited my extended family, I was visiting their cafes. These cafes had homes adjoining: you stayed in rooms behind the kitchen. I remember extraordinary Greek feasts at closing time, or Sunday lunch. I remember the stories they told. I remember the enormous olive tree in the yard of my uncle’s cafe. I spent hours dreaming and scheming while I sat up in that tree. I remember the old potato peeling machine: the way pearly white potatoes tumbled out into a bucket.

The Greek-Australian cafes were established in the first half of the 20th century by Greek migrants. In their heyday you could find one in almost every town in New South Wales and Queensland, and on the main streets of suburbs in the major cities. The cafes were social hubs. They were radically different from pubs and other types of mid-century eateries. They were a mix of Greek and American and Anglo influences. They had beautiful Californian art deco design, booths, jukeboxes, soda fountains. Once upon a time they were like a set of a television show.

It sounds pretty idyllic - was it always like that?

The cafes were set up in a time when it was not commercially viable for migrants to serve Greek food in their cafes. That cuisine was considered radically foreign in the first half of the 20th century in Australia, even in Melbourne and Sydney. Until the late 1970s the government policy was one of ‘assimilation’: that migrants adopt a monocultural ‘Australian way of life’. Whatever that is. In the past 50 years there’s been a move towards a more complex multiculture. Even so it remained unusual for cafes in the 70s and 80s to introduce Greek items onto their menus. My relatives were always cooking Greek food but it was served only to family members.

Another thing is that these cafes were open seven days a week. They usually opened at seven or eight o'clock in the morning and they closed at nine o'clock at night. They were brutally long hours. Part of their popularity was that you could always go to the cafe and get a meal, but I saw how it took a toll on my family members, working that hard. So it's not nostalgia, this novel; I saw the sacrifices they made and the problems that they encountered.

Are there still Greek cafes around in Australia today?

There’s probably one or two left in country towns, but it's changed so drastically from the way they used to be. In the 90s the cafes started rapidly disappearing. They’re almost completely gone now. Do you identify as Greek or Australian or both?

I identify as Australian, but my Greek heritage is a part of who I am. My community as a child was a Greek-Australian community. And that has been important to me in many ways, including my interest in Greek mythology and my love of literature generally. The Pippos family is from Ithaca and reading The Odyssey is a rite of passage, for example.

My mother is from Derry in Northern Ireland. She came to Australia in the 70s because she was fed up with the violence in Northern Ireland. She met my father and they got married and they were going to live in Athens, but because the Greek government didn't recognise my father as Australian - they recognised him as Greek - they wanted him to do national service. Instead they went to Beirut and then moved to Seoul in Korea, which is where I was born. I spent the early years of my life in Seoul and then we came back to Australia.

Who would you say has been the most influential person in your life?

That one's really easy to answer: my grandmother, my Yiayia. When you walk in the door of my apartment, there's a big framed photo of her - that's my shrine to her. She's been dead for 25 years and I still love her as much as I ever did and think about her all the time. She taught me a lot about kindness and about love and about persistence and about family. And I think that I'm drawn to people who have some of her qualities. She's had an enormous influence on me.

Did you have a good relationship with your dad growing up?

My dad was a very different person from me. I was interested in books and music, and he was interested in sports. He often said that he had never read a book in his entire life, and he would say it in the way that people might say, "I've never had a speeding fine in my life." But we were close. I knew that he loved me. We found things to talk about, whether it was sport or food or just trivial things.

I was living in London when I heard that he had been diagnosed with pancreatic cancer and given three months to live. I left my job and went back to Australia because I wanted to be with him, to spend as much time with him as I could. He ended up living for six more years and we had some many unforgettable times together. Even though he was sick, he really made such an effort to do as much as he could. We had a lot of fun.

After he died, I found out that I had a half brother, whom I now call simply my brother. He got in touch a few months after the funeral. And honestly, the surprise, the shock will last me for the rest of my life. He looks so much like my father — more than I do. And they share a lot of characteristics as well. So spending time with him is very strange, but also quite beautiful. We’re close now. It's sad to me that my father and brother never met in this life. But it's some consolation that they share so much. I will write about them in my next book.

"My grandmother, my Yiayia...taught me a lot about kindness and about love and about persistence and about family...She's had an enormous influence on me."

Going back to cafe culture before we finish, what are the dishes that remind you of your childhood?

There are so many. Food was central, especially for the cafe Greeks, because they were in these cafes for 12 hours a day, seven days a week. So they didn't go to church a lot, they didn't hang out at the Greek community clubs. They couldn’t sell Greek food to their customers. So cooking it for family and eating together was really important. And it was prepared to absolute perfection.

Some of the best meals of my life were after closing time with my uncles and aunts and parents and my grandmother around a table on the cafe floor. Some of the dishes were common Greek dishes, others were specific to Ithaca. The dishes that come to mind are things like savoro, which is a fish dish with currents and vinegar, boutridia, which is a roast vegetable dish with grated tomato on top, avgolemono, which is the famous egg and lemon chicken soup, and kleftiko, which is baked lamb.